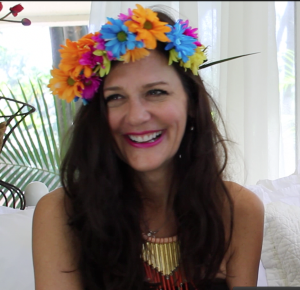 Trudy became interested in religion and spirituality and began to encounter angels at a very young age. When Trudy’s first child became ill at the age of 18 months with leukemia, she once again began to experience angel encounters. After her son passed, at the age of 35 months, Trudy became interested in the teachings of Carl Jung, and then gradually became interested in the ancient symbolism of the Tarot. Trudy has studied with renowned teachers, such as Robert Johnson and Barry Willaims of Pacifica Institute in California. Trudy and Ava met 7 years ago on Siesta Key beach in Sarasota, Florida, and became best friends. They began reading together online in order to reach more of their friends who were in need of readings. Trudy and Ava’s vision and mission is to bring the ancient symbolism of the Tarot to today’s modern woman in a relevant, fun and compelling way. AdGals, Trudy’s company, produces Virtual Tarot’s videos and supports the marketing of Ava and Trudy’s mission. She has a B.S. in Advertising from the University of Florida, has an extended creative writing degree from UCLA and is currently pursuing a Professional Research Certification from the University of Georgia. Trudy founded AdGals, Inc. in 1993 in an effort to fill a need of clients who needed to market to women. AdGals is a certified woman-owned company providing branding, broadcast and educational content. 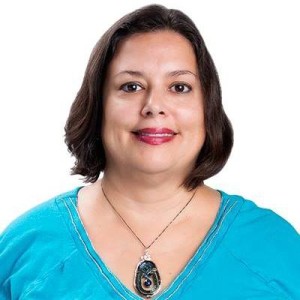 Cassandra is also an astrologer and says astrology and Tarot compliment each other.  “Astrology is excellent for timing and for seeing repeating patterns,” explains Cassandra. “When you set yourself up to swim upstream, life can flow a lot easier.  It doesn’t make any sense to plant corn in the winter. “
Cassandra is the creator of the Evolutionary Options Tarot Deck and has studied occult sciences all her life.  “I started learning Tarot and reading Tarot in my early 20’s, but it wasn’t until my 40’s that it became such a big part of my life,” she says.  “I created the deck partly as a challenge to myself and partly to get a set of Tarot images I could use as I pleased.”
“When I read Tarot for someone, it’s like holding up a mirror to their life, ” she says.  “Many times the person I’m reading for can’t see the forest for the trees.  Tarot lets me see the setting and the characters at play, and see how the next act might unfold.”
Currently in San Antonio, TX, Cassandra also enjoys organic gardening, composting with worms, and living a creative life.

Use the search box to find the product you are looking for.

No products in the cart.